You are here: Home About us Proven performance More reliable and long-lasting medium and high brightness leds

What happens inside a medium or high brightness LED before the actual light effect appears in a traffic light or the rear lights of a car, is built on technical innovation. For the process to work correctly and to achieve the greatest life expectancy, understanding and controlling thermal management is vital.

Single crystal sapphire wafers are often used to grow the light-emitting semiconductor layers during the manufacture of some LEDs. However, the low thermal conductivity of sapphire makes it an unsuitable substrate for today’s high-performance LEDs. Another material must be used instead that can turn the dark LEDs into a glowing red.

We developed Osprey® CE6F alloy with a perfectly matched coefficient of thermal expansion (CTE) to the epitaxial layers. This alloy has enhanced thermal and electrical properties to replace sapphire and enables the production of higher power/brightness LEDs with superior reliability, improved longevity and lower costs.

By altering the Si:Al ratio in the alloys, metalized wafers can be CTE matched with a range of different semiconductor materials, replacing not just sapphire but other wafer materials such as GaAs.

For the production of several compound semiconductor products, including medium and high brightness LEDs and Concentrator PV cells, wafers are available in diameters up to 12”, with polished surface and a variety of metalized finishes. 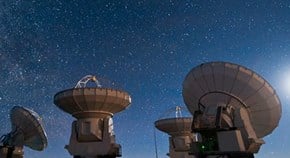 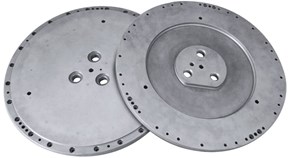 A new NASA telescope, with components from Sandvik, will provide a better understanding of what is really taking place in outer space.